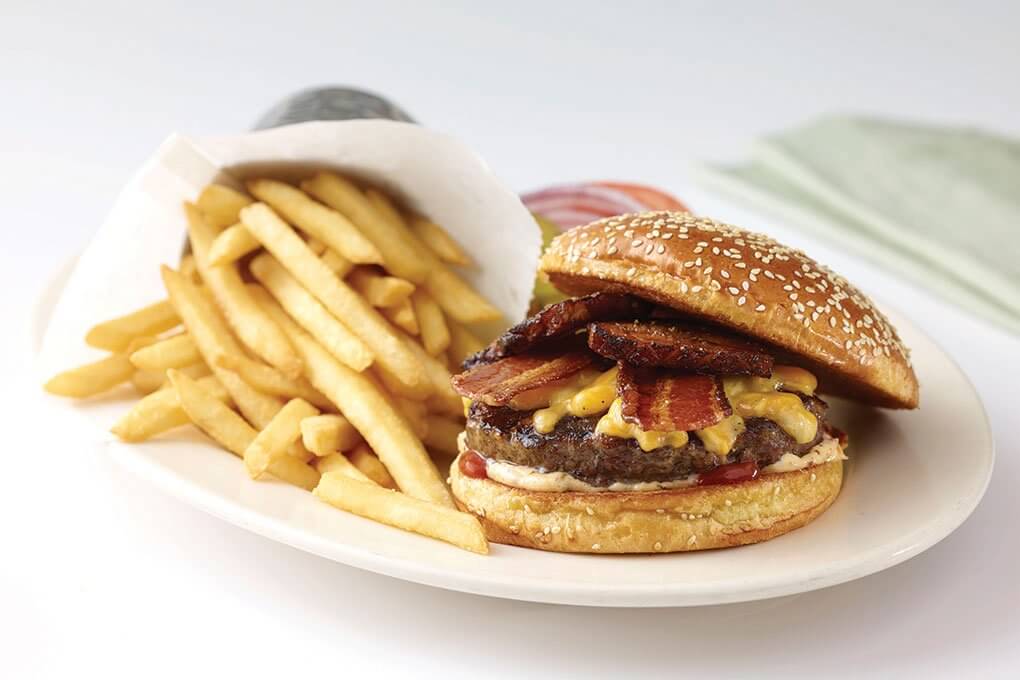 Sure, The Cheesecake Factory didn’t need to add another burger to its impressive repertoire. But that didn’t stop Brandon Cook, Executive Chef of Culinary R&D, and his team from creating the Bacon-Bacon Cheeseburger. “It shot right to the top of its menu category,” he says. “We sold over seven million burgers last year, and over one million of them were Bacon-Bacon Cheeseburgers.” A charbroiled patty is topped with American cheese and cheddar, three strips of crispy bacon and two slices of brown-sugar/black-pepper glazed smoked bacon. The burger is finished with a secret sauce—“two very precise amounts of ketchup and our housemade rémoulade sauce,” says Cook. “We partially melt the cheese to maximize the flavors and textures—not too much and not too little. The crispy bacon holds up even in the center of the burger, so you can enjoy that crispiness in every bite. The glazed, smoked pork belly creates a layer of succulent decadence that is absolutely memorable.” The challenge came in the development of the sauce. “‘Too pedestrian, nothing special,’ were comments we heard while in development,” says Cook. “It was when we applied them separately—the rémoulade with the ketchup drizzled over it to achieve more peaks and valleys in the flavor profile—that was the magic moment.”